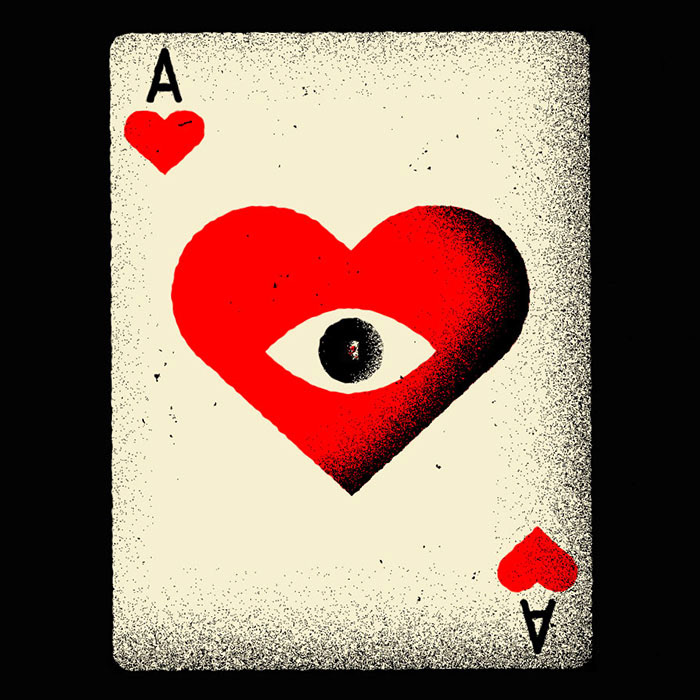 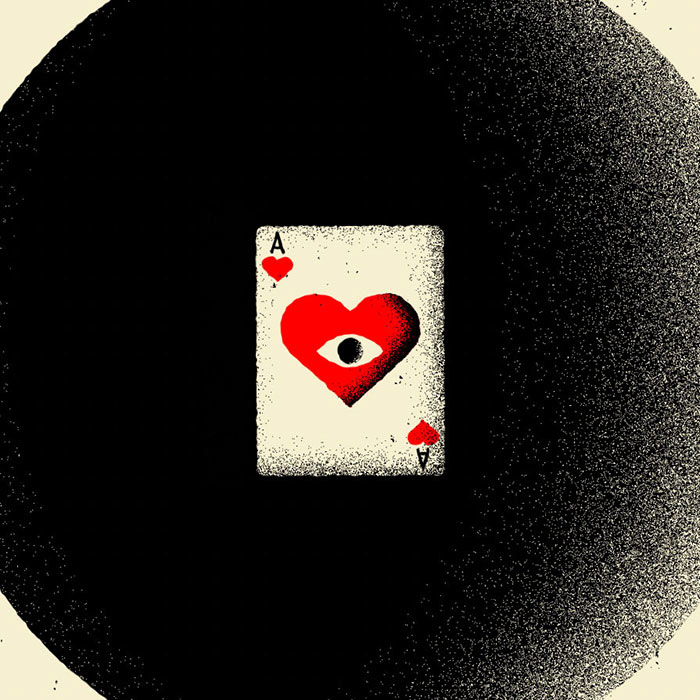 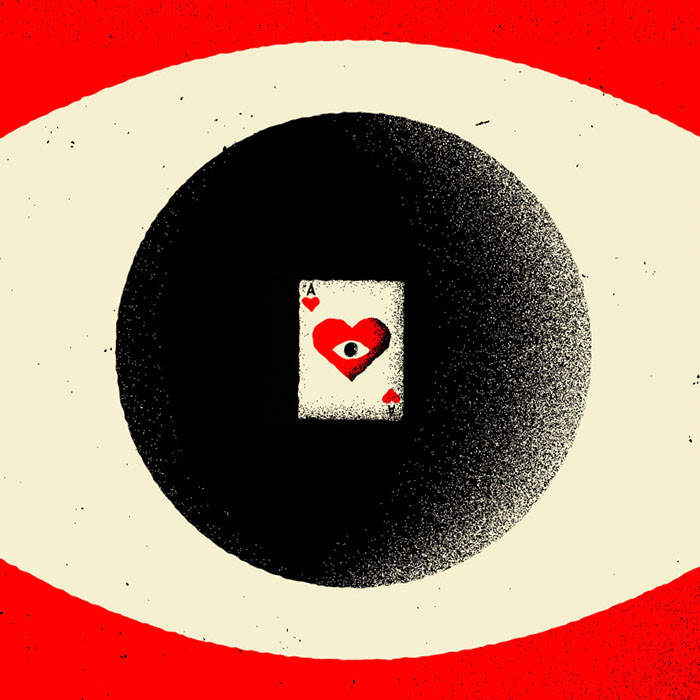 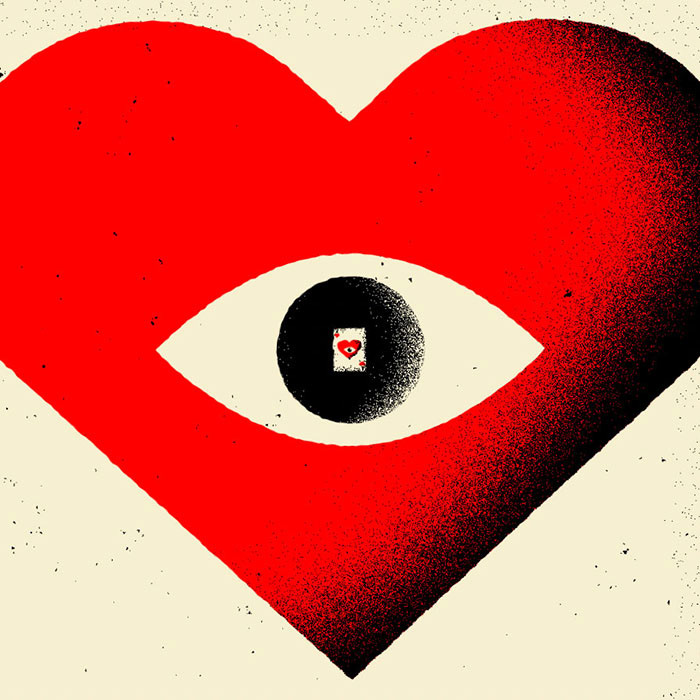 Drawn in Adobe Illustrator, my Ace of Hearts artwork was imported into After Effects, where I gave the separate layers grainy gradations. A little over two seconds in length, I animated at 12 frames per second. Wiggle expressions to both position and rotation were added on the null layer that controls the movement. Icing on the cake, an adjustment layer with a turbulent displace effect roughens those previously smooth Adobe Illustrator edges. - Joe Gast
↑Back to Top